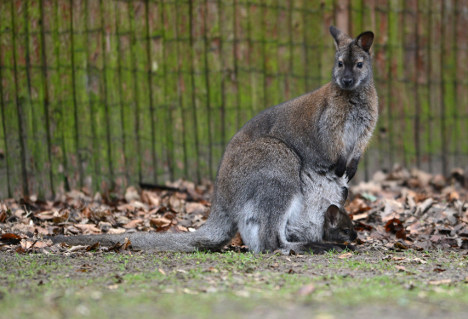 The animal made a break from its pen in Werder, near Potsdam, and has been leading civil protection (Ordnungsamt) officers a merry dance ever since, the Berliner Morgenpost reported.

Police in Brandenburg were keen to distance themselves from the hapless functionaries chasing the marsupial, saying "we're only responsible if it hops onto the road".

Several drivers attempted to take matters into their own hands on Monday after it slipped past police, Ordnungsamt and firefighters who were tasked with rounding it up.

Their encircling manoeuvre on a motorway access ramp failed and the kangaroo's trail was once again lost.

It was a busy weekend for restless exotic animals in the Berlin area. A rhino also broke free from its stall at a circus in Luckenwalde on Saturday evening.

But it was less able to hide than the kangaroo and was rounded up by carers after just a few hours on the loose.

News of the latest kangaroo bid for freedom comes two weeks after another of the animals was captured by police in North Rhine-Westphalia.