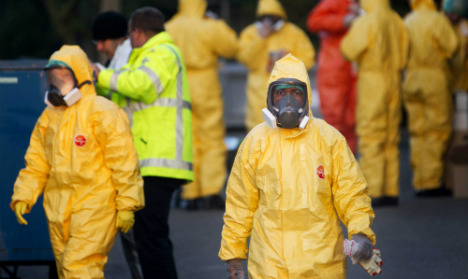 The goose with the highly pathogenic H5N8 strain was identified in the state of Mecklenburg-Western Pomerania and was the first case of the virus outside of a farm setting in Europe, the ministry told AFP.

The ministry said it had asked regional authorities to keep an "active watch" on wild birds, which means killing animals suspected of having the virus and conducting screening tests.

H5N8 was previously detected only in Asia, but has travelled with migrating birds and in the last few weeks has cropped up in several European locations: a turkey farm in Mecklenburg-Western Pomerania, several farms in the Netherlands, and at a duck farm in Yorkshire, England.

The H5N1 strain of bird flu has killed more than 400 people, mainly in southeast Asia, since first appearing in 2003.

The H7N7 strain of avian flu severely hit the Netherlands in 2003 with health authorities destroying some 30 million birds in an effort to quash an outbreak.