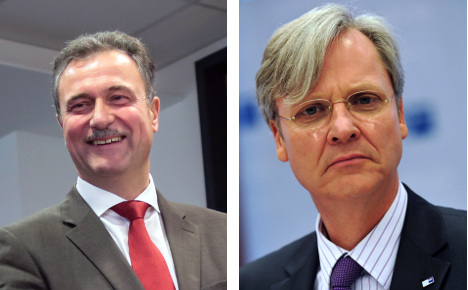 GDL had successfully made themselves into a "brake on the economy," DIHK chief Martin Wansleben told Bild.

Further strikes in the run-up to Christmas would have especially severe consequences, Wansleben warned, impacting Christmas shopping and tourism.

Rail operator Deutsche Bahn (DB) is to begin separate talks with GDL and rival union EVG on Friday after three-way negotiations fell through earlier this week.

In its battle for higher pay, shorter hours and the right to take over representation of more rail staff from EVG, the GDL has walked out six times since the beginning of September.

SEE ALSO: Rail strikes not over yet: local GDL boss