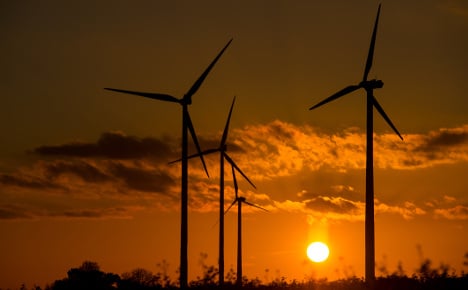 Averaged across all of Germany, prices have been rising steadily for the last 14 years in the electricity market.

Now many providers say they will be dropping prices in a "reversal of the trend" according to the North Rhine-Westphalia Consumer Advice Centre (Verbraucherzentrale).

A total of 205 companies – almost a quarter of the 850 power suppliers – have announced an average 2.4 percent drop in prices for 2015 so far according to price comparison websites Verivox and Check 24.

With current prices just over €0.29 per kilowatt-hour (kWh), that could mean between €30 and €35 savings over a year for a four-person average household.

"But they're too late and too small – the suppliers' savings aren't being passed on to the consumer."

Prices on energy markets have fallen from more than €50 to around €32 per megawatt-hour (Mwh) over the last two years.

That translates to around two cents per kWh – far more than the planned price cuts of around 0.7 cents.

The Federation of the Energy and Water Industry (BDEW) said that companies had been using the extra money to invest in their power networks.

Meanwhile, three of the country's big four power companies – RWE, Eon and Vattenfall – have yet to announce a price move.

"Eon is keeping power prices stable," a spokeswoman for the company said, while RWE said they were still "considering" and Vattenfall was "undecided".

The last of the big four, Energie Baden-Württemberg (EnBW) plans a smaller price cut of 1.4 percent.

And price comparison website Toptarif noted that "changing providers can save you ten times as much as price cuts".