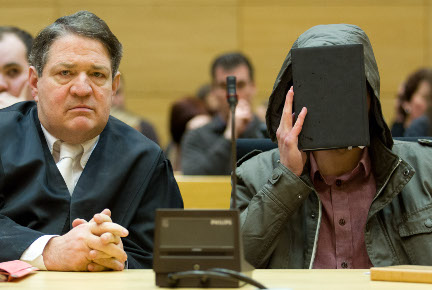 "I am disgusted. I am the victim of a crime and now I am supposed to pay as well," 31-year-old Sebastian W. told Bild newspaper after the court ruled that he should pick up the costs together with fellow victim Malte K., who was left in a coma by the 2012 attack in Bielefeld.

The two supporters of third division club Arminia Bielefeld were set upon by fans of rival team Werder Bremen II after a match.

Nine men were given suspended sentences, while another who inflicted the worst injuries was jailed in 2013 for four years and ten months for attempted murder.

With no income or savings, he is unable to pay a total of €38,000 in damages to the two victims and cover the court costs, which were then passed instead to the victims by the Bielefeld district court.

The exact sum demanded of them was not disclosed but is calculated according to the amount of damages they had been due to receive – but did not.

"We have to demand this money," court spokesman Guiskard Eisenberg said, noting that a civil case always carries a risk of incurring court costs. Under German law, the plaintiffs are regarded as secondary debtors in such cases.

"Their (the victims') lawyer must have explained the risk that they could end up covering the costs," Eisenberg said. "If not, they may be able to make a claim against him."

The lawyer of the imprisoned man, Detlev Binder, told the newspaper that "It was already clear during the court case that my client cannot pay anything."