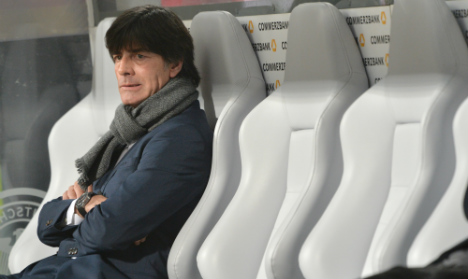 Gibraltar provided little resistance, but the below-par win did little to boost Germany's confidence after last month's shock 2-0 away defeat to Poland before conceding a last-minute equaliser in their 1-1 draw at home to the Irish.

Poland stay top of Group D by virtue of their 4-0 win in Georgia earlier while Ireland hold onto second on goal difference from the Germans, who also have seven points, despite their 1-0 defeat to Scotland.

Germany missed the chance to finish their World Cup-winning year second in the table and their unconvincing display left Löw admitting his team are playing below the standard required.

"I am anything but happy, the team didn't measure up the way we had wished," said Löw, whose side managed just one goal in the second-half.

"We want to play like world champions, so from that perspective four goals isn't enough.

"We didn't do the things we talked about before the game and the performance wasn't up to scratch."

Germany face European champions Spain in Vigo on Tuesday in a friendly and Löw said he expects his players to finish the year with a good performance.

"I think a few players need the winter break to get their heads back into things and put Brazil behind us," he admitted.

"We would have liked a better result, but it's not easy when a team stands as deep as Gibraltar did," admitted goal-scorer Götze.

"We could have created more goals and played more convincingly, which we have to put our hands up to."

Germany goalkeeper Manuel Neuer had little to do over the 90 minutes apart from saving a superb cross-cum-shot from Gibraltar's Liam Walker, but the captain was relaxed about the display.

"We always want to give our best, but it's difficult when there is a bus parked at the back," said the Bayern Munich star.

"Then it's not so easy and the important thing is that we scored one or two goals in the first half."

Gibraltar, who only became a full UEFA member last year and are not yet recognised by FIFA, were never going to seriously test the world champions after losing 7-0 to both Poland and Ireland in previous qualifiers.

With Preston North End defender Scott Wiseman as the only full-time professional in the starting line-up, Gibraltar are still looking for their first goal of the campaign having now leaked 21 in their four qualifying games.

But coach Allen Bula was delighted with the result from his part-timers against the world champions.

"We have shut up a few people who said we hadn't deserved the chance to play here.

"A 4-0 result against the world champions is as much as you can wish for and now we can return to our normal lives." 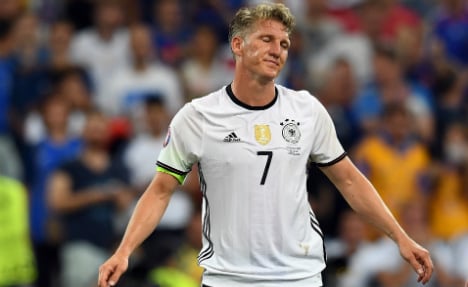 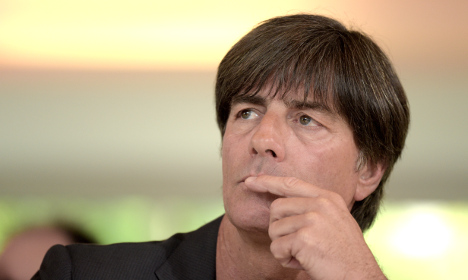 Under Löw's stewardship, the football-mad German public has got used to success again. Photo: DPA

Germany face France or Iceland in next Thursday's Marseille semi-final as die Mannschaft look to add a fourth European crown to their World Cup title.

Their Italian curse was finally broken with a dramatic 6-5 penalty shoot-out victory in Saturday's quarter-final after a 1-1 stalemate following extra-time — Germany's first win over their old enemies in nine attempts at major finals.

But even after Jonas Hector's final converted penalty in Bordeaux saw Germany throw off the shackles of their history to break the Azzurri hoodoo, there were still grumblings back home.

Under Löw's stewardship, the football-mad German public has got used to success again.

The inglorious exit at the group stage of Euro 2004 is now a distant, albeit unpleasant, memory.

Thanks to Löw's influence, Germany have now reached at least the semi-finals of the last six major tournaments.

Löw was assistant to Jurgen Klinsmann when Germany finished third at the 2006 World Cup on home soil.

With Löw in sole charge, Germany reached the Euro 2008 final, finished third at the 2010 World Cup in South Africa and made the semi-finals of Euro 2012 before winning the 2014 World Cup in Brazil — Germany's fourth global crown, but their first for 24 years.

But even as the team were celebrating reaching another semi-final on Saturday, former international Mehmet Scholl was unimpressed by the win over Italy.

Scholl says Löw should not have abandoned the standard 4-2-3-1 formation, which won the World Cup, for a 3-5-2 line-up to combat the Italian midfield in Bordeaux.

The ex-midfielder said the tinkering showed Löw does not trust his players as much as he did two years ago in Brazil.

Scholl argued Löw should stick with the same team for next week's semi-final in Marseille and, should they progress, next Sunday's final at the Stade de France.

“It's not grumbling, but why put a team in that situation?” questioned Scholl in German daily Bild.

“The point is, in 2014 Löw trusted the team and played the same formation from the quarter-finals and that's how you win titles!”

Germany struggled to break down Italy's watertight defence on Saturday and Mesut Ozil's well-worked second-half goal was the highlight of a tense, edgy affair.

Löw has suffered one blow with key midfielder Sami Khedira set to be ruled out of the rest of the tournament after limping off with a partially torn groin muscle against Italy.

Adding to the coach's problems, centre-back Mats Hummels is suspended for the semi while striker Mario Gomez also took a knock against Italy.

Veteran midfielder Bastian Schweinsteiger, who came on after Khedira limped off in the first-half, was initially bothered by the right knee he had injured in March.

Probable changes to personnel aside, Scholl says Löw should stick with his tried-and-tested formation for the last week of the tournament.

“The goal has to be to achieve this automatic, fluid football we've played in the past,” he said.

Löw himself admits there is room for improvement as Germany struggled to finish their chances in Bordeaux.

Thomas Mueller endured another frustrating, goalless evening in Bordeaux while Schweinsteiger's first-half header was ruled out for a foul.

With a record like Löw's, he could be forgiven for ignoring his detractors — and he seemed set on just one goal after Saturday's drama.

“Of course we want more,” he said. “When you're in the semi, of course, the goal is to reach the final.” 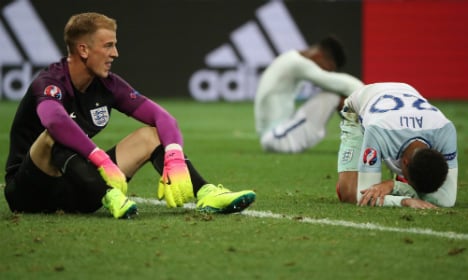 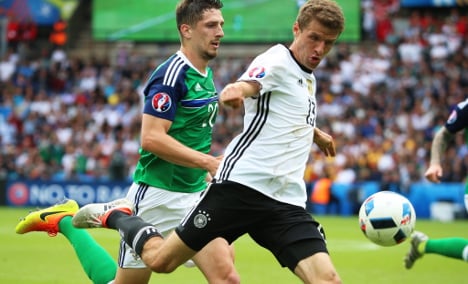