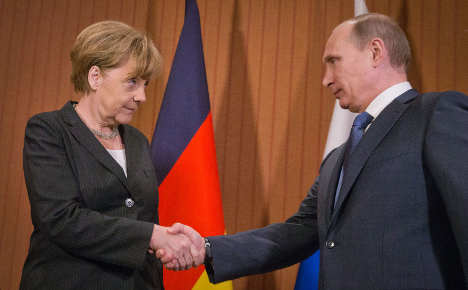 Merkel and Putin at D-Day commemorations in June. Photo: DPA

Putin is expected to land in Brisbane on Friday evening in advance of the world leaders' meeting on Saturday and Sunday.

He understood Merkel well, he claimed.

“We're guided by our interests and not by personal sympathy or antipathy,” Putin said, adding that his relationship with the Chancellor has not been damaged by the Ukraine conflict.

Germany and other Western countries accuse Russia of supporting Ukrainian separatists with military equipment and personnel.

The Russian President used the interview to criticize Western sanctions against Russia.

“This is counter to the principles of the G20, the World Trade Organization and international law,” he said, although he argued the effects would hurt the EU and USA as well.

But it would be “futile” to request a lifting of the trade restricitions at the G20, he added.