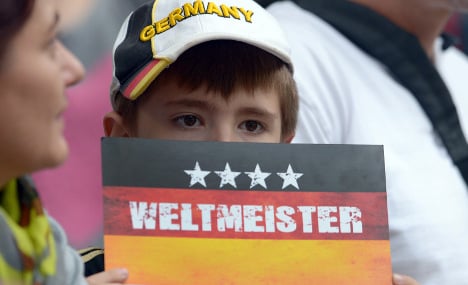 The pollsters asked 20,000 people in 20 countries their opinion of 50 leading nations across six categories: exports , government, culture, people, tourism, and immigration and investment.

Germany's biggest gain over 2013 was in the “Top sporting performance“ category, as people had become familiar with the grinning faces of the World Cup-winning football team over the summer.

Germany boosted its score in the “honest and competent government“ category and topped the table for investment climate and social equality categories.

The Germany/USA swap was the only movement in the top 10 compared with 2013.

While the USA was still ranked best for categories like “creativity“, “contemporary culture“ and „educational institutions“, it fell to 19th place when people were asked to judge its „engagement for global peace and security“.

It was particularly harshly judged by people in regions where it had been party in international tensions, such as the Middle East and Eastern Europe.

But it was Russia itself that lost the most places in the popularity stakes of any of the 50 countries the GfK pollsters asked about, with its government given very low marks.

It was overtaken by Argentina, China and Singapore to land at 25th place.