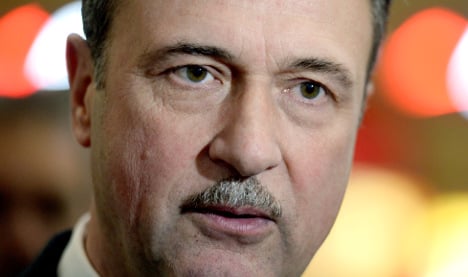 “[Deutsche Bahn] has to open discussions and make us an offer,” GDL chief Claus Weselsky told the Passauer Neue Presse on Tuesday.

“If we negotiate for all our members, compromises are not only possible, but definitively reachable. If we talk about work reduction and salary increases, we can afford these (compromises) within an appropriate time.”

Weselsky added that while adjustments on some of their core demands – a five percent pay raise and a shorter work week – are possible, representing all on-board personnel was non-negotiable.

The GDL currently represents 2,200 train drivers, but wants to take over representation of conductors, kitchen staff and others from EVG, a larger union.

Weselsky is concerned that a new law being drafted by the government, which would only allow the largest union in a company to negotiate salaries, will undermine the GDL's power.

But Deutsche Bahn (DB) wants to avoid conflicting salary rates for the same groups of jobs. Negotiations between DB and the GDL have not yet progressed beyond this point.

Weselsky’s statement comes after a recent wave of train strikes, the latest of which lasted from Thursday to Saturday last week.

Efforts from DB to obtain a court order blocking the latest strike failed.

While Weselsky had said on Monday that an agreement can be reached by Christmas, further strikes can be expected should that fail to happen.