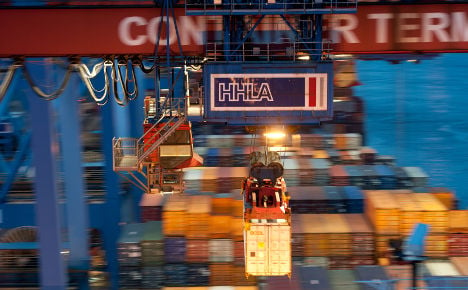 Europe's top economy exported goods and services valued at €102.5 billion and imported €80.6 billion over the month.

That broke an export record set in July this year of €101.1 billion, Federal Statistics Office Destatis said on Friday.

Exports were up 8.5 percent on September last year and imports rose by 8.4 percent.

The figures will come as welcome news to Germany's economy which has been under a cloud of poor data in recent weeks.

Germany had a trade balance of plus €21.9 billion in September in unadjusted terms.

But exports to the struggling Eurozone showed a smaller rise of 3.4 percent compared to last September.

Countries outside of the EU imported 10.5 percent more German goods and services.

SEE ALSO: German exports to Russia dive by a quarter