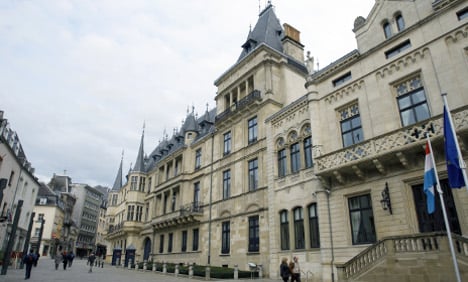 The companies, which included Pepsi, Ikea and Amazon, were exposed in 28,000 pages of documents leaked to the International Consortium of Investigative Journalists (ICIJ).

The ICIJ described the landlocked European duchy as a “magical fairyland”, with some companies paying a tax rate of less than one percent on profits, made possible through a complex structure that allowed them to funnel profits to Luxembourg from higher-tax countries.

In total, 68 firms associated with Germany appear on the list. They include one of the country's biggest banks, Commerzbank as well as Volkswagen, and the Bayerische Landesbank.

“A Luxembourg structure is a way of stripping income from whatever country it comes from,’’ Stephen E. Shay, a professor of international taxation at Harvard Law School and a former tax official in the US Treasury Department, told ICIJ.

Germany's finance minister Wolfgang Schäuble criticized the tax arrangements on Thursday. "It shouldn't be the case that a few benefit at the expense of the many," he said in the German Parliament.

The findings will put Jean Claude Juncker, Luxembourg’s ex-prime minister and the recently appointed chief of the European Commission, in a tricky position.

Juncker, who stepped into the EC post on November 1st, helped transform Luxembourg from an economy once based on farming and steel production to a low-tax haven for business.

He came into the EC position shortly after the commission expanded an inquiry into Luxembourg’s tax incentives, which included tax arrangements with Fiat Finance, a unit of the Italian car manufacturer, Apple in Ireland and Starbucks in the Netherlands.

“No way are these sweetheart deals,” Nicolas Mackel, chief executive of Luxembourg for Finance, a quasi-governmental agency, told ICIJ.

“The Luxembourg system of taxation is competitive – there is nothing unfair or unethical about it.”

You can explore the documents in full here.