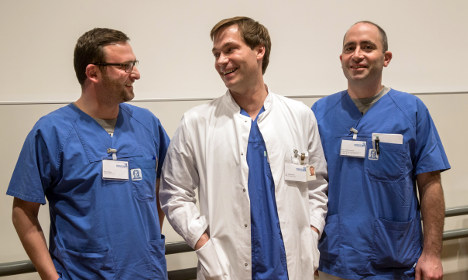 The Ugandan medic is no longer in pain, able to eat normally and  move around his room independently, after struggling to stay alive for nearly a month while suffering with multiple organ failures, hospital officials said.

The Frankfurt University Hospital has not yet specified a discharge date for its most protected patient, saying the doctor would “need some time to recover fully”, and that he is still being kept in isolation.

The doctor was brought to Frankfurt on October 3rd after he contracted Ebola in Sierra Leone while working with an Italian aid organisation.

Hospital officials said at the start of the man’s treatment that eight doctors and several nurses were assigned to the case. The Ugandan doctor was the second Ebola patient to be treated at the time of his check-in at the Frankfurt University Hospital. The third patient, a Sudanese doctor who had been treated in Leipzig, died in mid-October.

The first patient was a 36-year-old World Health Organisation (WHO) epidemiologist treated in Hamburg. He recovered from the disease without the use of experimental new medicines.