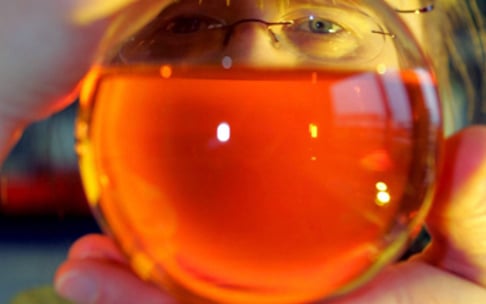 The Dortmund Fire Brigade’s duty manager Athanassios Thanos confirmed reports that 48 of the city’s fire fighters, including a special decontamination group in protective suits, responded to a call on Monday morning that a visitor to the offices of the Federal Office for Migration and Refugees (BAMF) was carrying deadly liquid in a bottle.

“We evacuated everyone, around 20 people,” Thanos said. “In the end, it turned out the translator made a mistake. After we analysed the liquid, we found it was something similar to honey.”

The translator was called to help a Serbian man file a request for asylum as the applicant could speak not speak German.

He told BAMF employees the man said he was carrying a “chemical weapon”. But the asylum applicant was actually trying to say the liquid would protect him from a chemical attack.

The employees were told they could return to work a little more than an hour after they had been evacuated. The BAMF was not immediately available for comment.