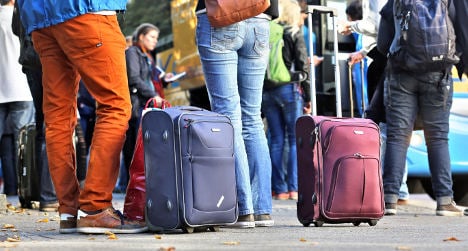 The GDL said their third nationwide strike in recent weeks would be the biggest yet, lasting four days for passenger services.

Drivers on freight trains will walkout from Wednesday at 3pm. Passenger services will stop at 2am on Thursday.

The strike, brought about in a dispute with rail operator Deutsche Bahn (DB) over pay, hours, and representation, will last until Monday at 4am.

It means the strike will last for 98 hours on passenger trains, but the repercussions will be felt for hours after and before the industrial action.

DB accused GDL leader Claus Weselsky of putting his own "delusions of omnipotence" and "thirst for power" ahead of the interests of train drivers and passengers.

Talks between train drivers' union GDL and DB broke down over the weekend, with the rail operator accusing GDL of walking away when they were close to a deal.

"We want to and must act in the interests of our members. Our fundamental right [of representation] is in danger, and with it the purpose of trade unions," Weselsky said, referring to GDL's struggle to take over representation of more train staff from larger transport union EVG.

"We have received a wage decree and are now supposed to conduct hollow negotiations for train personnel and become a paper tiger. That is exactly what the employers want."

SEE ALSO: Ten best ways to get around without trains

The previous rail strike in October lasted for one weekend, stranding tens of thousands of passengers, and led to sharp criticism of Weselsky.

This weekend's strike will be even bigger. It is the largest since Deutsche Bahn was formed in 1994.

Regional, intercity and urban S-Bahn services will all be cancelled.

"This is a selfish decision of a few at the expense of a great many," Visit Berlin manager Burkhard Kieker said, noting that it would hit visitors to the capital on the 25th anniversary of the Berlin Wall falling.

"We invite all the train drivers to Berlin for the anniversary, since they'll have time this weekend.

"We don't believe that this strike will keep people away from Berlin on this wonderful weekend.

"I'm sure it will be a good stimulus for long-distance bus services."

The Local's followers were unanimous in their reaction on Twitter:

@TheLocalGermany Fine. This will help Nahles to get the law passed that prefers, big, responsible unions over small, unscrupulous ones.

@TheLocalGermany this is outrageous..!