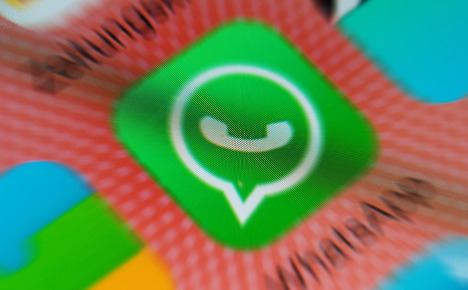 Pupils used WhatsApp to share messages which are police are investigating. Photo: DPA

The 15-year-old pupils allegedly greeted each other with the Nazi salutes and shared far-right sayings using messaging service WhatsApp.

Police began their investigation after the only Jewish boy in the class showed his father photos of the children wearing fake Hitler moustaches and giving the Nazi salute, Focus reported.

And Bild reported that the children were also sending one another xenophobic messages.

One boy admitted to Mitteldeutsche Rundfunk (MDR) that the class had been sending the messages since the beginning of the school year.

But he said they were just “messing around” with the extremist hate speech as a “prank”.

“This is no joke or just a trivial offence,” headmaster Torsten Klieme told MDR, adding that he wanted to find out if everyone was participating or just tolerating the Nazi messages.

Authorities want to make sure that the claim the messages were just a prank is true and not a cover-up for strongly-held far-right beliefs.

Rumours have been circulating about far-right tendencies at the school since pupils cast large numbers of votes for far-right nationalist party the NPD at a mock European election earlier this year.

A police spokesman wouldn't reveal how many of the ninth-grade class were under suspicion at the high school in Landsberg.

The school is to hold a special meeting with the ninth-grade class and their parents on Monday to discuss the case.

In 2013, a policeman was suspended in nearby Halle after giving the Hitler salute at a beer festival.

SEE ALSO: Hooligans want to march in Berlin and Hamburg