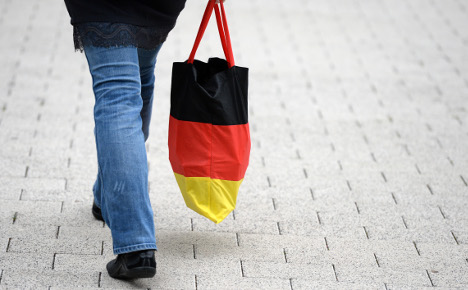 The retail sales figures will add to concern over whether consumers will help bolster growth in Europe's top economy.

German retailers' sales, which tend to be volatile and frequently revised, slumped 3.2 percent in September compared to the figure for August, the federal statistics office Destatis said in a statement.
The drop was the biggest for the closely watched measure of household confidence since May 2007 and far exceeded the 0.8-percent fall predicted by economists polled by Dow Jones Newswires.
On a 12-month basis, business increased by 2.3 percent in September compared to the same month in 2013, Destatis said.
And from January to September this year, it rose by 1.3 percent compared to the same period in 2013.
Consumer confidence in Germany halted its recent decline in October, as consumers appeared to be no longer fazed by economic fallout from geopolitical crises, a poll showed last week.
And unemployment in Germany, Europe's biggest economy, fell unexpectedly this month, shrugging off a slowing economy.
But recent data has suggested that the German economy – traditionally Europe's growth engine – is stalling, threatening to pull the eurozone back into recession and put the brakes on the global recovery.
SEE ALSO: Spring back in German consumers' step?