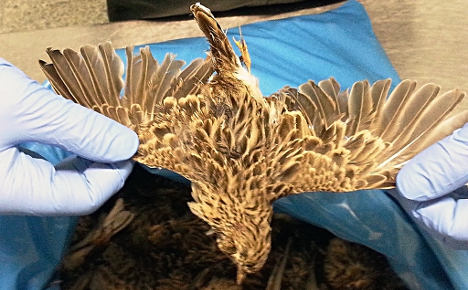 The 65-year-old Italian man said he was taking the skylarks and meadow pipits, which were wrapped in plastic bags, back to his family to cook and eat them.

He claimed he was an amateur bird hunter and had just come from Romania, where he had killed the birds.

“There hasn't been a case like this since 2006, when a man tried to bring 2,000 songbirds through,” a Munich customs spokesman said.

As wild birds are protected under EU law, officers confiscated them and opened criminal proceedings against the man. The spokesman described the man's hobby as "grim" and said it was a "bloodcurdling" find.