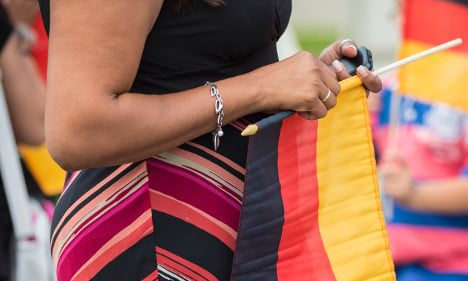 Photo: DPA
When asked about social topics ranging from teenage birth rates to life expectancy, unemployment and immigration, Germans provided more accurate estimates than any other European country apart from Sweden, in a survey by pollsters Ipsos.
But most of their answers were still way off the mark in the "Perils of Perception" survey.
People from eight countries in Europe were questioned as well as Australian, American, Japanese and South Korean respondents in the fourteen-country study.
Italians were found to be most ignorant, followed by people from the US.
Questions in the study included:
"In your opinion, what percentage of girls aged between 15 and 19 give birth each year?".
In Germany, the correct answer is 0.4 percent, but Germans guessed 14 percent, making that – along with the unemployment rate and voter  turnout – the subjects they were most ignorant about.
US citizens thought that 24 percent of teenagers fitted into this category, whereas the actual figure there is three percent.
Germans also massively overestimated the percentage of people in the country who are immigrants and Muslims.
They believe 20 percent of people were unemployed – the actual figure is six percent.

Germans gave the most accurate answer when asked about the percentage of the population who are Christians. Their average guess and answer were a perfect match at 58 percent.

"For example, public priorities may well be different if we had a clearer view of the scale of immigration and the real incidence of teenage mothers.

"People also under-estimate 'positive' behaviours like voting, which may be important if people think it is more 'normal' not to vote than it actually is."

More than a thousand volunteers aged between 16 and 64 were quizzed in each country by pollsters, except in the US and Canada where all participants were over 18.

You can take the quiz here