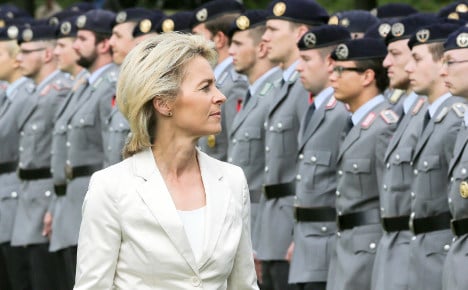 The newspaper quoted a government report which said: “If other spending areas crowd out military procurement any further, the capabilities of the Bundeswehr [military] will be drastically reduced over time.”

Von der Leyen’s plans to spend money on perks and retirement benefits for soldiers would mean that “all new procurement plans in 2016 had to be cancelled”, the civil servants said.

The coalition government hopes to improve recruitment to the armed forces by introducing regulated working hours and higher pay.

The cabinet is due to agree on a draft law on Wednesday which would come into effect next year.