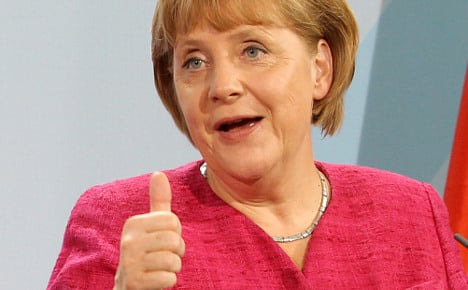 It will receive the rebate on its contributions to the European Union on December 1st, while Britain will have to pay €2.1 billion on the same day.

"The British economy is growing much faster than the others and the logic is the same as with tax: if someone earns more, they pay more tax," EC spokesman Patrizio Fiorilli told AFP.

An internal European Commission (EC) document obtained by the Financial Times detailed the amounts each country would receive or need to pay, depending on its economic performance since 1995.

“The Commission services are aware that in some cases this might have a significant budgetary impact in terms of cash-flow,” the EC note reads.

Germany's economy performed more weakly than expected for more than a decade following reunification in 1990, in part because the wealthy western states found themselves subsidizing the economically feebler former East Germany.

In the early 2000s Germany was not yet the export powerhouse that it is today and was yet to go through reforms to its welfare state under Chancellor Gerhard Schröder.

Schröder's changes paid off, but Germany only saw a few years of accelerated growth before the 2007-2008 financial crisis struck.

In recent months, the economy has returned to growth levels at around one percent.

TRAVEL NEWS
EXPLAINED: Which Schengen area countries have border controls in place and why?
Url copied to clipboard!