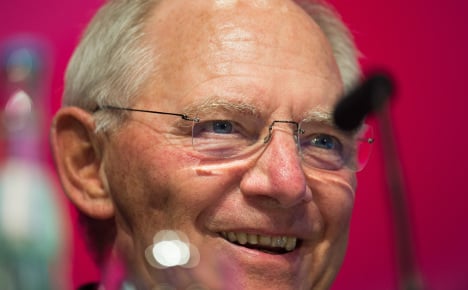 A small Bavarian bank, the Münchener Hypothekenbank, was the only German lender to have a capital shortfall in the European Central Bank (ECB) test – meaning that it would not be able to pay back all of its liabilities at short notice.

The bank has already raised more capital to eliminate the vulnerability.

The results “confirm my impression that German banks have done their homework,” Finance Minister Wolfgang Schäuble said after the release of the results on Sunday.

But data released on Monday morning, showed Germany's Ifo business confidence indicator fell to its lowest level for nearly two years, as the outlook for Europe's biggest economy continues to cloud over.

The Ifo economic institute's closely watched business climate index fell to 103.2 points in October from 104.7 points in September, the think-tank said in a statement. That is the lowest level since December 2012 and the sixth fall on the trot.

"Expectations with regard to the six-month business outlook continued to cloud over. The outlook for the German economy deteriorated once again." Sinn added.