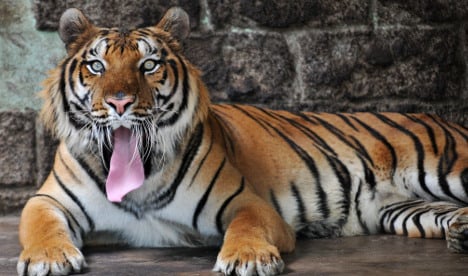 The Scania truck caught officers’ attention when it was seen travelling at 25 km/h near Großzöbern, Saxony on Autobahn 72.

When stopped, the 47-year-old driver was unable to show a valid license and had no insurance. His number plate was also for a car rather than a truck.

“In addition the vehicle was completely dilapidated and not in a roadworthy condition,” police said in a statement on Friday.

When police searched the trailer they found two Bengal tigers. The driver had no papers for the animals so they were inspected by a vet.

Police said the driver had intended to transport the animals to a circus currently in northern Bavaria.

The truck was towed away with the animals inside.

They will be fed and continue their journey to the circus in a different truck on Friday, police said.