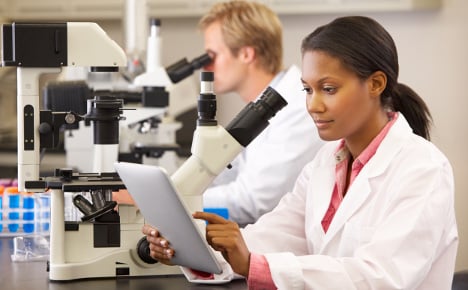 The survey from the Migration and Refugees Ministry showed almost three-quarters of non-EU immigrants with a degree wanted to remain in Germany for at least ten years after studying here.

And 68.6 percent of highly-skilled immigrants intended to live in the country long-term, while 70 percent of self-employed people planned on staying for the long haul.

The results were revealed in an answer to a parliamentary question from the Green Party to the Interior Ministry, the Rheinische Post (RP) reported.

But the ministry said that “relatively few people from economically successful countries plan to stay,” noting that people from the USA, Canada, Australia, New Zealand and Japan tended to remain only briefly.

“However, the figures show that Germany still isn't attractive enough for skilled workers. Otherwise people from the USA, Canada and Australia would want to stay in Germany long-term.”

Current programmes to attract skilled immigrants have seen little uptake, official figures showed. Just 38 scientists took advantage of a special residency permit in 2013, down from 142 in 2012.

And in 2013 only 475 graduates took advantage of a special six-month jobseekers' visa introduced in 2012.

Meanwhile, the EU's “Blue Card” residency permit programme attracted 4,127 new arrivals to Germany in 2013 out of over 11,000 handed out.

Most of them were given to migrants already resident in the country.

“Residency permits for qualified foreigners are mostly given to people who already live in Germany,” Beck said.

“The bottom line is that little actual immigration happens because of that. Germany's economy can't afford that any longer.”

SEE ALSO: Can you pass the German citizenship test?