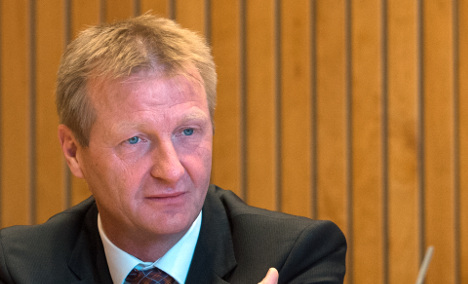 Speaking at a special hearing of the state parliament, the Social Democratic Party (SPD) politician added that as well as the homes involved in original abuse allegations in Burbach made in September, six further centres were affected, the Rheinische Post reported.

The police are currently investigating 28 cases of abuse and have received 48 complaints, Jäger said.

However, ten investigations have been cancelled for lack of evidence or where regarded as minor incidents.

The abuse was “shameful and unacceptable,” Jäger said at the opening of the question and answer session at the state parliament's interior affairs committee on Wednesday.

He added that new rules had been brought in requiring asylum centre guards to pass the same checks as security staff at airports and banning the use of sub-contractors to manage homes.

Opposition politicians called the session to question Jäger about how much he and his staff knew about abuse committed in the homes before it became public knowledge. A photo emerged from Burbach two weeks ago showing two guards pinning a refugee to the floor, while fellow workers at the home said they had nicknamed the guards responsible 'The SS' for their brutal behaviour.

A separate video also came to a light of an asylum seeker being forced to lie in his own vomit.

North Rhine-Westphalia, Germany's most populous state, hosts more asylum seekers than any other German state. It received 22,405 people between January and August 2014 and expects 40,000 by the end of the year.

Jäger denied that anyone at the interior ministry had known about the abuse before details emerged in the press.