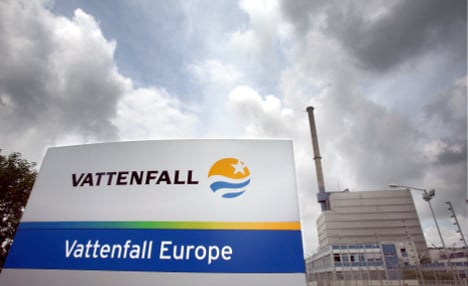 The state-owned energy firm has been seeking money since 2011 as compensation for Germany’s decision to phase out nuclear power after the Fukushima disaster that year.

But the amount in damages it was seeking was unclear until it was revealed by Economy Minister Sigmar Gabriel in parliament on Wednesday.

Vattenfall has filed its case against the German government at the Washington-based International Centre for Settlement of Investment Disputes (ICSID).

Two nuclear plants in northern Germany – Brunsbüttel and Krümmel which Vattenfall owned with E.ON – were decommissioned because of the phase out, although they were already out of service.

But the Swedish company claims its right of ownership was violated by Berlin's decision.

It brings the total amount of damages being sought by energy companies from the German government due to the nuclear phase out to around €15 billion.

Germany hopes to close all nuclear power plants by 2022 and replace them with renewable energy through its Energiewende programme.

SEE ALSO: One in three waste barrels are damaged