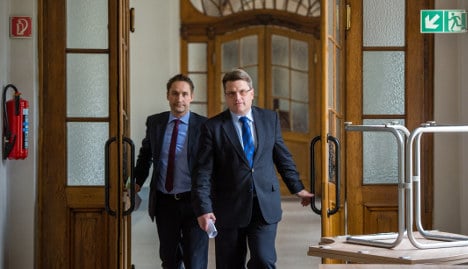 The young lawyer, who was working in a court in Lichtenfels, Upper Franconia, met the president of the higher state court in Bamberg on Tuesday and resigned.

After studying in Brandenburg, the lawyer was named as a magistrate on a provisional basis by the Bavarian judiciary in November 2013.

While a student, he had been under observation by the Brandenburg security services between 2003 and 2013 due to his alter ego as “Hassgesang” (“hate song”), his neo-Nazi one-man music project.

Although the Brandenburg security services informed their colleagues in Bavaria of the man's change of address, they neglected to mention that he was a lawyer interested in entering public service.

But a police officer noticed that his name matched that of the reported extremist when he reported a minor crime.

The plans echo the former “radical decree”, which saw all applicants for public-sector jobs investigated by until 1991.

Many people were prevented from taking up jobs by the rules, which were directed at preventing Communist infiltration of the West German state.

“The question is, don't we need this tool for applicants to especially security-relevant state activities, such as when someone wants to become a judge?” Bausback asked.