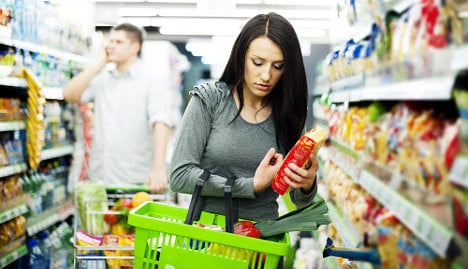 Our mission was this: hit the streets of Vienna, Madrid, Paris, Stockholm, Berlin, Rome, Lausanne and Oslo and fill a basket with 14 items that fill the hearts and clog the arteries of Anglophone foreigners everywhere.

When in Rome, why not sample some stracciatella soup, a plate of succulent osso buco, all topped off with tiramisù?

Forget about it! Where’s my Jell-O!

What then will it cost to get hold of these delicacies in cities across Europe? Scroll over the heat map below to count the cost of foodie homesickness.

How we tracked down the goodies

Expats in Germany may not be able to get all the items they miss from home by visiting a single shop, but all the products on the expat shopping list The Local drew up are findable – somewhere.

Many large grocery stores have a "world food" section that carries a smattering of foodstuffs from around the world.

Often the items on our list can be found there, although at the Kaiser's supermarket we visited in Berlin's Prenzlauer Berg, the items were generally tucked into shelves with similar items.

While some items (or their approximate) could be found at Kaiser's, many other foreign comforts were only available through speciality shops like Broken English, which specializes in British foodstuffs, or Tempelhof's American Lifestyle.

Dale Carr, 62, the owner of Broken English, calls the shop's three locations "a little bit of England." She explains that tea, marmelade and sausages are the most popular items in stock.

Similar stores can be found in many of Germany's major cities.

Timothy Holland, 22, took over Hamburg's British Shopping from his father, a native of Birmingham.

While expats at first made up the bulk of the shop's clientele, Mr Holland has noticed that native Germans are increasingly developing a taste for British products.

"Now it's about 60 percent German and 40 percent British," he said. The shop's hottest item is Walker's salt and vinegar crisps, which are regularly cleared off the shelves, although Vegemite and Marmite are also much sought after.

Use the scroll bar on the chart below to see all the prices.

Incidentally, we're aware that we've navel-gazed somewhat and overlooked a lot of nationalities. Please let us know what you miss from your country in the comments or on social media. Can you give us the ingredients we need for another article?