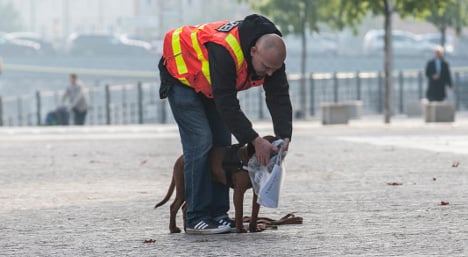 An investigator gives a sniffer dog the scent of an object found at the scene. Photo: DPA