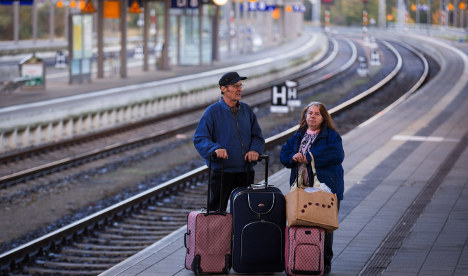 Drivers’ union GDL announced on Tuesday a 14-hour strike lasting from Wednesday 2pm to Thursday 4am.

It is the second nationwide train strike in a week, following last Wednesday’s walkout in an ongoing dispute between the union and rail operator Deutsche Bahn over pay and working hours.

Last Wednesday, a nine-hour strike overnight caused severe disruption the following day as trains were in the wrong places to run a normal service.

The strike will hit national and regional services as well as city S-Bahn trains.