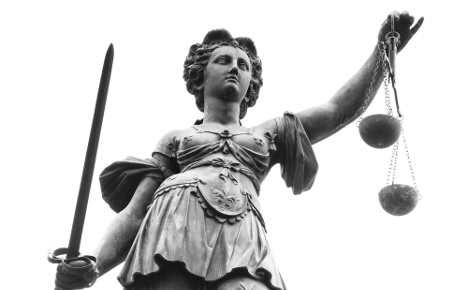 One of the bands the man, named only as Maik B., sang in was called “Hassgesang” – or “song of hate” – a one-man project whose lyrics included praise of Adolf Hitler.

“There is no place for right-wing extremism in Bavaria or in the Bavarian justice system,” state justice minister Winfried Bausback said following the revelations.

Like every would-be magistrate, Maik B. would have been asked if he was a member of any anti-constitutional organisation when he was appointed, Bausback added.

If he concealed a far-right background then it would be grounds for dismissal, Bausback said.

Police in Bayreuth said that they had looked into B.'s background before informing the state justice and interior ministries and there was almost no doubt that he and the singer of “Hassgesang” were one and the same.

B.'s far-right past was only spotted after he reported to police that his locker had been broken into.

A sharp-eyed policeman remembered that intelligence services in the state of Brandenburg had notified their colleagues in Bavaria of an extremist of the same name changing his address to the town of Lichtenfels, Bavaria, in February.

Bavarian state security services had investigated B. when he moved from one state to the other, but found that he was no longer active in the right-wing scene – and completely overlooked his taking up of a public office.

The Bavarian justice system and security services have been under intense scrutiny due to their failure to properly investigate murders committed by the National Socialist Underground (NSU) far-right group.

A surviving NSU member remains on trial in Munich.