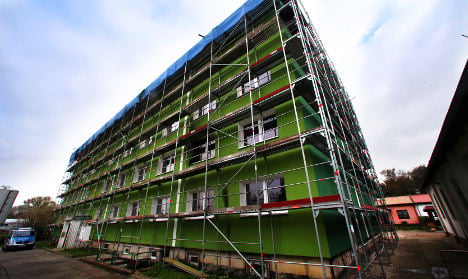 The building in Groß Lüsewitz, near Rostock, houses eight families of different nationalities.

“No-one was in danger at any point,” police said in a statement. The two beer bottles filled with flammable liquids burnt out themselves.

Police reinforcements searched the area in squad cars, but were unable to find the perpetrators of the attack.

Investigators have filed a case of serious attempted arson.

After examining the scene of the attack, investigators said they believed the attackers had a political motive.

“The police take this case very seriously,” they said. “This act put people in great danger of being hurt.”

A police unit will stand guard in front of the centre from now on to discourage further attacks against the asylum seekers.