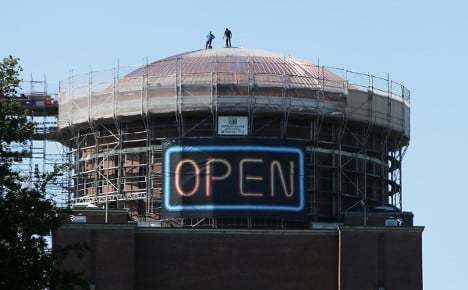 "Despite regular new tax take records, all levels of government complain about funding shortages," Reiner Holznagel, president of the BdS wrote in the introduction to the Black Book.

"But the topic of waste plays no role at all. There's a lot of untapped potential there."

Local governments in Germany run around 13,000 businesses, and the BdS focused on some of the most egregious and unprofitable ones.

Those businesses have run up larger debts than those of local governments themselves, Holznagel said.

The BdS is campaigning for local administrations to limit themselves to infrastructure and basic services for their citizens in local ventures, rather than some of the luxury offerings including cinemas and spas from certain communes.

That's businesses like a saltwater fish farm in the Saarland, 600 kilometres from the sea, and a loss-making publicly-owned vineyard are in the organisation's sights.

But the BdS has also targeted big-budget projects like the Berlin State Opera and the Hamburg planetarium.

In both cases, it accuses the authorities of inadequate planning for their multi-million Euro renovation ambitions.

And it doesn't spare small projects – like the €8,500 one commune spent on a 'viewing platform' less than a metre high.

See The Local's pick of the bunch in our gallery.