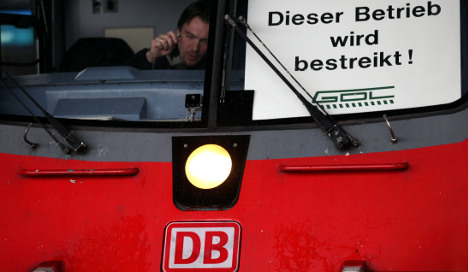 Union GDL said on Tuesday morning the industrial action would last from 9pm on Tuesday until 6am on Wednesday.

Talks between the union and train operator Deutsche Bahn over drivers’ pay and working hours broke down in September and on Thursday 91 percent of union members voted in favour of strikes.

It will be the first nationwide train drivers’ strike since 2011 and will hit all services from regional trains to freight and long-distance services.

City S-Bahn services will also grind to a halt, including in Berlin, Hamburg and Munich.

Deutsche Bahn warned on Tuesday of "considerable" disruption and further details of which services will be cancelled are expected later today.

It said that with the strike running until 6am on Wednesday there would be "significant impairments" on the morning rush hour.

The union held two warning strikes in early September before balloting their members on a wider strike.

Refunds will be given for services hit by the strikes.

You can check how your journey may be affected here.