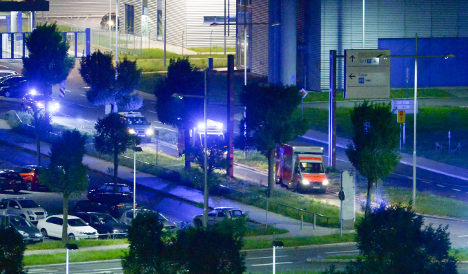 The man will be treated in the St Georg Clinic's special isolation ward, the Leipziger Volkszeitung (LVZ) reported.

Government agencies are already preparing their staff to deal with the deadly disease case, the LVZ said.

The man would be the third Ebola sufferer to be treated in Germany.

One doctor from Uganda arrived in Frankfurt and is currently undergoing treatment, while a patient from Senegal was treated in Hamburg and cured of the disease after five weeks in hospital.

Leipzig's St Georg Clinic can handle up to 12 cases in six separate rooms. It is one of just seven hospitals in Germany with such a highly-rated isolation ward.

The Leipzig Clinic for Infectious Diseases dealt with one Ebola false alarm in September.

A businessman who arrived from Liberia with a high fever turned out not to be infected with the virus.

The St Georg doctors are also slated to train German military volunteers who will staff a hospital with between 200 and 300 beds in Liberia.