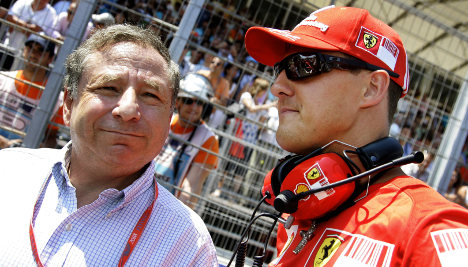 “He can probably never drive a Formula One car again. But he is fighting. His condition is improving, and, just as importantly, he is now at home with his family.”

“His family is very close to him. He needs time and peace,” Todt added. Schumacher is being cared for in his mansion in Gland, Switzerland, following a ski accident in December in the French Alps.

After months in a coma, he was transferred to a hospital in Lausanne, Switzerland in June. And at the start of September he moved home to be cared for by a medical team, his wife Corinna and their two children.

The racing star underwent two operations to remove life-threatening blood clots after the accident in which he hit his head on a rock. His helmet was split in two.