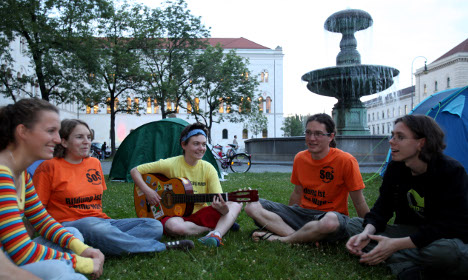 Germany gained two new universities in the top 200 of the Times Higher Education (THE) World University Rankings bringing its total to 12. That ensured it leapfrogged the Netherlands into third place.

It also has a university in the world's top 30 for the first time – Ludwig Maximilians University (LMU) in Munich, the rankings released on Wednesday showed.

Phil Baty, editor of the rankings, said Germany’s “excellent” performance was down to two factors – funding of elite universities and better understanding of the ranking process.

But Baty added: "It is also clear that a growing recognition in Germany of the importance of the THE global rankings has also helped. A much clearer effort to gather and report institutional data against the global data definitions has helped us get a better understanding of Germany’s performance.”

“We have very clear definitions of how data should be reported and there has been a concerted effort in Germany to engage with the ranking process.”

That helped universities such as Tübingen and Dresden shoot up the list.

The LMU rose to 29th place from 55th last year. Germany's next highest placed institutions were the University of Göttingen (67), Heidelberg (70), the Humboldt in Berlin (80) and the Free University of Berlin (81).

The California Institute of Technology held on to the world number one spot for the fourth consecutive year, ahead of Harvard University in second and the University of Oxford in third.