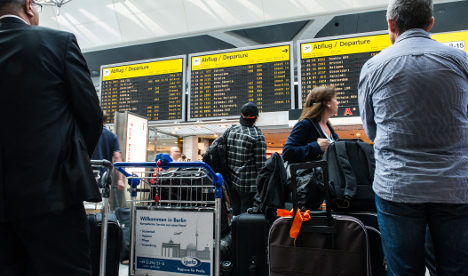 No planes were able to land or take off between 12.30pm and 1pm, following the bomb find in the Spandau area of the city.

The disruption hit at least 20 flights that were scheduled to take off during that time and it has caused a knock-on effect with delays to later flights.

Flights to Zürich, Graz and Frankfurt were among the cancelled departures.

Around 700 people were evacuated from the area around the bomb find.

The 70-kilo bomb was discovered on Tuesday during building work around four kilometres from the airport. Experts began trying to defuse the bomb at 12.15pm but were initially unable to defuse it.

The BZ newspaper reported that 85 police officers had evacuated the area, including an old peoples’ home and a kindergarten.