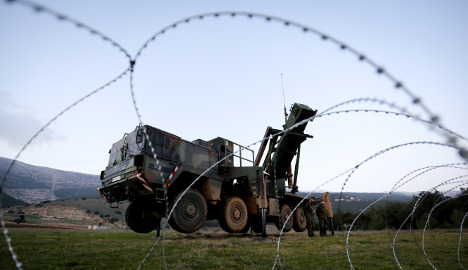 But 28 percent of German soldiers who have been stationed in Turkey since the start of 2013 are not getting their allotted 20-month break between deployments.

The figure was revealed in an answer from parliamentary secretary for defence, Ralf Brauksiepe, to a question from Green Party politician Tobias Lindner, which was given to news agency dpa.

The mandate for the Patriot mission expires on January 31st 2015 and parliament will have to approve any continuation of the operation.

In a visit to Turkey in March, Defence Minister Ursula von der Leyen pledged to continue the operation as long as the conflict continued in Syria. Germany currently has 270 troops in Turkey. The poor state of Germany’s military, which has dominated headlines in the last week, is also threatening the peace of the country’s coalition government.

But von der Leyen warned over the weekend it would take years to make up for equipment shortages in the military.