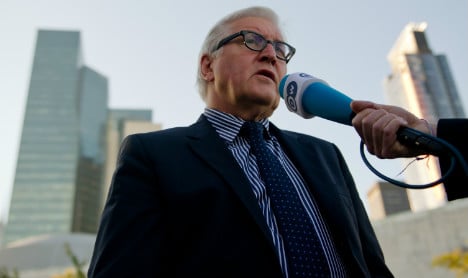 Millions of Syrians have fled to neighbouring countries and beyond, driven from their homes in three-year war and the recent offensive by jihadists.

Foreign Minister Frank-Walter Steinmeier told the UN General Assembly that "support is needed above all for Syria's neighbours, which are doing a tremendous job but are also under enormous strain" due to the huge influx.

The conference is scheduled for October 28 in Berlin, foreign ministry officials said.

Tens of thousands of Syrians poured into Turkey last week during an offensive by Islamist State (IS) fighters in northeast Syria that prompted the United States and its Gulf allies to launch airstrikes.

According to the United Nations High Commissioner for Refugees (UNHCR), about 2.5 million have fled to Syria's immediate neighbours Turkey, Lebanon, Jordan and Iraq.