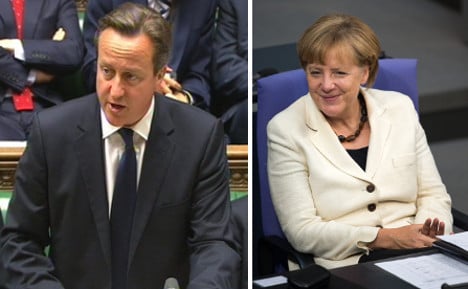 On Thursday, parliamentary party leaders will meet to discuss for the first time how to liven up the Bundestag's Fragestunde – a time slot where any member of parliament can ask the government up to two questions.

However, unlike the British House of Commons with its PMQs, Fragestunde (Question Period) is a polite, civil and quiet affair.

Questions and answers are prepared five days in advance and answers can even be given within a week in writing if an MP is absent.

Direct questions cannot be addressed to Chancellor Angela Merkel and ministers often send their subordinates to answer prepared questions rather than face the opposition themselves.

The Süddeutsche Zeitung describes the set-up as “absurd”.

But the Social Democrats (SPD) parliamentary leader, Thomas Oppermann wants to change this.

“The culture of questioning in parliament must be livelier and better,” he told Tagesspiegel. “Therefore it would be good if the Chancellor and ministers can be asked questions directly and are forced to attend.”

He added the current culture had contributed to voter apathy and said British PMQs was the model to follow.

“It [PMQs] is very specific and to the point," he said. "A verbal slugfest between opposition and government is better than reading prepared statements."

Despite support for change from the SPD, their coalition partners in the government – Merkel’s conservatives (CDU) – are less willing.

CDU parliamentary fraction head Michael Grosse-Brömer ruled out having unprepared questions directly addressed to Merkel, describing it as “out of the question”.

A spokeswoman for Merkel, however, said the Chancellor had no fear of British-style PMQs.

But Tagesspiegel said the CDU would be keen to prevent it for fear it would damage the presidential image of the Chancellor.

“I don’t really think it [PMQs] would work because Germans have a really different tradition of doing debates,” the director of think-tank Open Europe Berlin, Professor Michael Wohlgemuth, told The Local.

“It is more of a lecture style where someone talks and someone can raise their hand and ask a question, but the speaker can decline the question."

The Bundestag is also set up differently from the House of Commons, with the main parties sitting in a circle with distance between them, rather than facing one another on opposite benches. “I do very much prefer the British style of direct confrontation," Wohlgemuth added. "It would make things far more lively and attract people to watch these debates.”

But although admired abroad, in Britain the style of PMQs is not hugely popular where many see it as too abusive and combative.

Former prime minister Tony Blair described it as "the emotional, intellectual and political repository of all that is irrational”.

And a report into PMQs by the Hansard Society this year found the public were "deeply dissatisfied with the culture and conduct of politics". "PMQs is a significant contributory factor in this disenchantment," the report said.

German politicians are likely to find a conciliatory, middle way.

While ruling out Merkel being questioned directly, Grosse-Brömer said ministers should be duty-bound to answer questions themselves – something which is not currently the case.