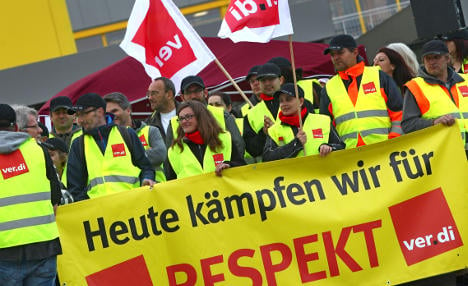 Services sector union Verdi has called for stoppages until Tuesday at Amazon's facilities in Leipzig, Bad Hersfeld, Rheinberg and Graben.

Figures for the overall participation were not yet available but between 300 and 400 people were on strike at the western Bad Hersfeld centre, which employs around 3,500 staff, a Verdi official told AFP.

Amazon has a total of nine sites in Germany and has been hit by walkouts over the past 18 months.

Verdi wants Amazon to bring the pay of its 9,000 workers in Germany in line with wages in the distribution sector.

But Amazon has refused, arguing that its distribution centres are logistic sites and that it pays its staff accordingly.

"The employees however won't ease up in their pressure."