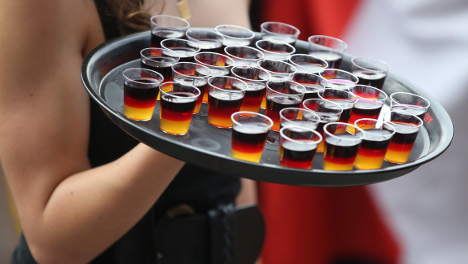 Police were alerted by the youth hostel warden in the early hours of Tuesday at 4am when one of the teachers fell down the stairs, cut his head, refused help and was barely responsive.

Pupils from the school in Bramsche, Lower Saxony, told police that the two teachers had drunk a lot of alcohol throughout the evening.

The teachers were “heavily under the influence of alcohol," a police spokesman said on Wednesday.

Police then contacted the school who seconded another teacher, who was already in Hamburg on a different school trip, to look after the group of tenth graders.

The 15 to 16 year olds were then bused 220 kilometres back home from Hamburg.

Police added that the teachers had not done anything over which they could be charged, but officers wrote to the local education authority explaining what happened.

“It is a one-off case,” an education authority spokesman said. “We are working with the school’s management on it.”

The Neue Osnbrücker Zeitung reported that parents and other teachers were shocked by the case.

“He committed an unbelievable breach of trust and ruined our children’s senior year,” one parent told the paper.

The newspaper said the two teachers had to make their own way back to Bramsche.