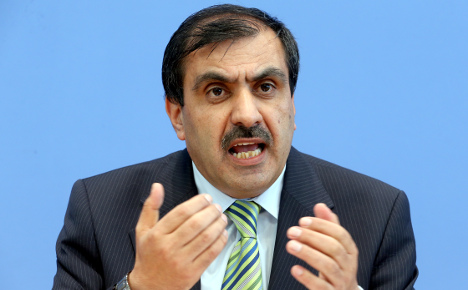 “We call on everyone to behave peacefully, to raise their voice against racism, to stand together for our free, democratic order and to say no to every kind of extremism,” said Muslim Coordination Council (KRM) spokesman Ali Kizilkazya on Tuesday.

Over 2,000 mosques are expected to take part in the demonstration, the group said in a statement.

In seven cities and towns, including Berlin, Hamburg, Mölln, Bielefeld, Oldenburg, Frankfurt and Stuttgart, Friday prayers will be accompanied by a vigil and a peace rally.

Leaders of other faiths and social groups as well as politicians and ordinary people are invited to take part.

Kizilkazya said: "We hope that the example of a peaceful life in Germany will also send a positive signal to conflict zones in the Middle East.”

KRM pointed to five fire attacks on mosques, including one in Berlin's Kreuzberg district, and one on a synagogue in the last three weeks as the inspiration for the call to action. Government statistics released in July showed that anti-Muslim attacks are on the increase, with almost 40 incidents reported last year.

And a study released by the University of Leipzig in June showed increased anti-Muslim feeling among Germans.

According to the study, 37 percent of people believe that Muslim immigration should be banned, an increase of 15 points in five years.

And 43 percent of those surveyed said they sometimes felt like “a stranger in their own country” because of the number of Muslims.

The Central Council of Muslims in Germany and other organizations have demanded better recording of religiously-motivated hate crimes by the authorities and the establishment of specialist units to track the perpetrators.

The city of Bielefeld in the state has experienced some of the highest rates of attacks on mosques.