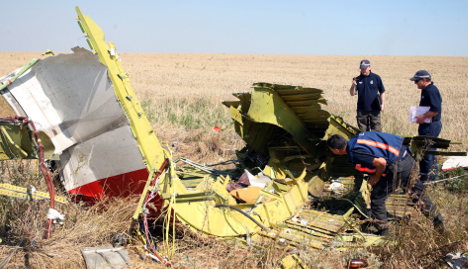 Fraud investigation company Wifka, based in Schleswig-Holstein, north Germany, has been tasked with investigating and identifying the perpetrators of the shot-down flight which led to the deaths of all 298 crew and passengers on board, it said on Wednesday.

An international investigation into the crash is continuing but was initially hampered by Russian separatists who controlled the crash site and who were widely blamed for shooting the plane down.

“After the terrible assassination or "accident" all political parties, at home and abroad, said they owed it to the victims, their families and the public to clarify the circumstances of the crash and present evidence for what happened. None of this has yet been done,” Wifka said in a statement.

The company said its client had provided a $30-million bounty for information that identifies those responsible for the aircraft's destruction.

“Everyone can be bought. It’s just a question of how much,” finance magazine Capital quoted Josef Resch who is leading the probe as saying.

Wifka said on its website on Wednesday that it wants to know who gave the order to shoot down the plane, who “covered up” the incident, what happened to the weapon used to shoot it down and who was involved.

“Whoever provides evidence that identifies those behind the shoot down, will be given the reward of 30 million dollars,” Wifka said.

It added the cash was being held in Zurich and anyone who came forward with information would be given a new identity.

It is unclear who has provided the reward money. Resch, who has been a private investigator for 30 years, has already received a €40,000 fee and said he did not doubt the financial backing of his client, whose identity he doesn’t know, although he said one of the middlemen had a "Swiss accent".

He previously helped expose hedge fund manager Florian Homm in 2012 and 2013. Homm disappeared in 2007 after being charged with investment fraud in the US.

The sum passes the $25 million offered for clues leading to the capture of Osama Bin Laden, making it the largest bounty hunt in history, Capital reported.