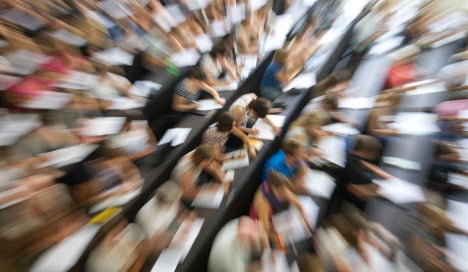 The tenth annual QS rankings of world universities names the Ruprecht-Karls-Universität of Heidelberg as the best in Germany, placing it in 49th spot globally.

It is followed closely by Munich's two universities, the Ludwig-Maximilian and the Technical University. They are the only three German universities ranked in the top 100. The United Kingdom has four in the top six, while the US boasts six in the top ten.

German institutions, which normally perform poorly in international rankings because their academics tend to publish in German rather than English, have largely fallen in the rankings compared with last year.

But with 13 institutions, the country has the third highest number of universities in the top 200, after the UK and US.

Bucking the German trend, rises in the rankings include the Technical University of Dresden which rose 28 places and the University of Leipzig which increased its rank by 22 positions, thanks to more citations of academic papers.

Ben Sowter, head of research at QS, said: "It would be a good strategy [for German universities] to publish more in English and to invest in international collaboration, thereby increasing Germany's competitiveness in the global education sector.

"It is amazing that in a market of this size and importance only two universities are in the top 100 regarding research and citation rates."

The top university in the ranking was the Massachusetts Institute of Technology (MIT).

The rankings are based on measures including academic reputation, reputation among employers, citations, mentoring and student performance.