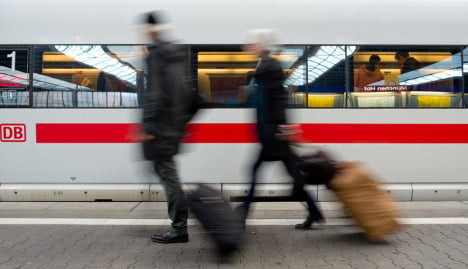 Train passengers may have to find other forms of transport in October. Photo: DPA

The executive committee of the German Train Drivers’ Union (GDL) held a ballot among union leaders on Thursday and announced their decision to extend strike action.

But the railway management, Deutsche Bahn, has offered a 1.9 percent pay increase.

GDL chairman Claus Weselsky said the union was “obliged” to take action based on the wishes of their members.

But to minimize disruption no strikes will be held until October 2nd when all union members, rather than just the executive board, will be balloted.

A second strand in the dispute is Deutsche Bahn's demand that GDL sign a cooperation agreement with its own in-house union EVG. The two unions are currently in conflict over which groups of personnel they should represent.

GDL said it had dismissed Deutsche Bahn’s latest offer because it did not resolve the conflict over which union should represent train drivers.

The union added that its train drivers were currently owed three million hours in overtime as there had been a shortage for several years of around 800 train drivers.