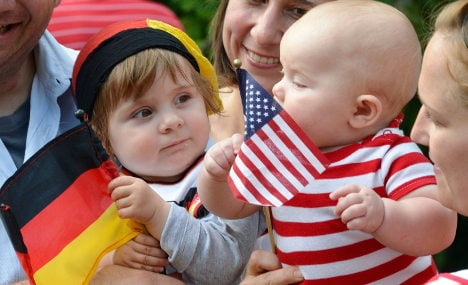 The study from the German Marshall Fund (GMF) think-tank showed for the first time in the history of the survey that a majority of Germans wanted their country to take a more independent approach from the United States in security and diplomacy.

According to the 13th Transatlantic Trends survey, 57 percent opted for a more independent approach, up from 17 percent in 2013.

Just 19 percent of Germans said they wanted to have a closer relationship with the United States, compared to 34 percent of Americans who wanted their country to get cosier with Germany.

In Europe as a whole, 50 percent of respondents opted for a more independent security relationship with the United States. That figure was up eight percent from last year.

“The turbulence in transatlantic relations over the past year is mirrored in this year’s Transatlantic Trends data,” said GMF President Karen Donfried. “However, the challenges posed by Russian actions in Ukraine and crises across the Middle East underscore the importance of strengthened transatlantic cooperation.”

German and US relations have been strained by the spying scandal which resurfaced in July amid reports that two CIA spies were working in Germany’s security apparatus. Berlin responded by ordering the CIA station chief to leave the country.

The favorability of the United States in Germany also dropped from 68 percent in 2013 to 58 percent this year. But the news was not much better for Russia, with 70 percent of Germans viewing Russia negatively.

Meanwhile, a little more than half of EU respondents (56 percent) said it was desirable that the United States exert strong leadership in world affairs, almost unchanged from 2013.

The survey questioned 1,000 adults in each country from June 2nd to June 26th this year.

The results back those of a survey in July which showed support for US President Barack Obama had fallen in Germany.