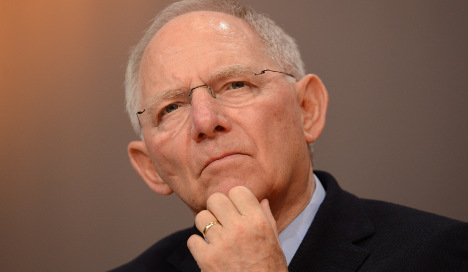 Finance minister Wolfgang Schäuble spoke last week about cutting income tax to reduce what is known as “tax bracket creep” under which employees who get pay rises slip into higher tax groups, making their net pay lower than before.

According to Spiegel this tax cut would be two percent and could now be introduced in 2016.

However, the plan would depend on backing from the Conservative-led government’s junior coalition partners, the Social Democrats (SPD), who have campaigned against tax cuts.

SPD leader Sigmar Gabriel is largely supportive of the plan, but leading members of his party on Monday warned against any tax cuts without raising government revenues elsewhere.

The government budget, however, does appear to have room for the cut. Spiegel reported that Germany’s surging tax revenues will mean an additional €7 billion heading into government coffers in 2015, €9 billion in 2016 and 2017, and an extra €11 billion in 2018.