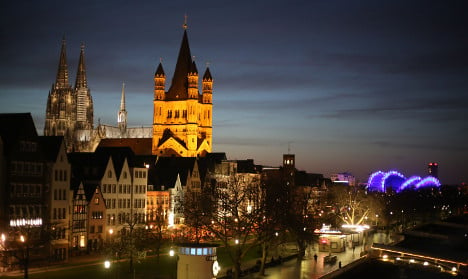 Where to live: In Cologne, the saying goes the left side of the Rhein is the right side. The Belgian Quarter and Ehrenfeld are the city's most desirable neighbourhoods. Just north of the Innenstadt is Nippes, where young people are migrating to find affordable homes. If you want a really posh address, check out Cologne's award-winning Crane Houses on the Rheinauhafen.

Where to Shop: The Kölner love to shop. The area between Neumarkt and the famous Kölner Dom (Cathedral) is packed with stores. The pedestrian-only Schildergasse is the busiest shopping street in Europe with 13,000 pedestrians crossing it every hour. On any given Saturday on the Hohe Strasse, you'll find yourself packed shoulder to shoulder with other shoppers. It's also worth veering north of Neumarkt to Apropos, a concept-style department store.

Culture: We would be remiss if we didn't mention Cologne's annual Karneval, the festival of indulgence in the days leading up to Lent. For five days, revellers take over the city streets in a series of parades, pub crawls and general merriment, which all culminates on Rosenmontag, Germany's answer to Mardi Gras (Fat Tuesday). The city's history, which can be dated back to the first century A.D., is best seen at the Römisch-Germanisches Museum, located right next to the city's famous 14th century gothic Cathedral. The Museum Ludwig is there for modern art lovers and if you love chocolate, there's the Schokoladenmuseum, which is disappointingly not made of chocolate.

Nightlife: Kölsch is the only type of beer allowed to be brewed in the city, but there are many different brewers, so finding your favourite is a good way to start your night. Pubs are found all over the Altstadt (but so are bachelor/ette parties) and Rudolfplatz is where you will find the streets lined with students on their study breaks. The Belgian Quarter is also a lovely place to spend an evening.

Education: The University of Cologne is one of the largest and oldest post-secondary institution in Europe. The Cologne Business School offers post-secondary programmes in English. For younger students, there is the Phorms campus, Bilingo and St. George's School.

Average rent per square metre for a two-bedroom flat: €9.99

We asked The Local readers on Twitter what they love about Germany's most famous cathedral city. Here's what they had to say:

@TheLocalGermany the people! So friendly and welcoming. And Toertchen Toertchen

@TheLocalGermany I love most things about Köln, but increasing problem of aggressive cyclists using pavements and ignoring red lights.

@TheLocalGermany Kölsch has to be the number 1 thing to love amongst many things! Absolutely nothing to hate about the place!

@TheLocalGermany Love: the stunning Dom. Hate: that every surface in the city seems to be coated in a fine mist of urine (mostly human).

@TheLocalGermany hate: Kölsch! Love: it’s not far to Duesseldorf where you get Altbier! #haha #prost

@TheLocalGermany i 2nd @LynnCSchreiber on the friendliness of the ppl! As a foreigner, it's nice not 2 be looked @ like I'm crazy plus gigs

@TheLocalGermany Love the people, music, location within Germany, and Karneval!

@TheLocalGermany There is the Cathedral. An inspiring sight