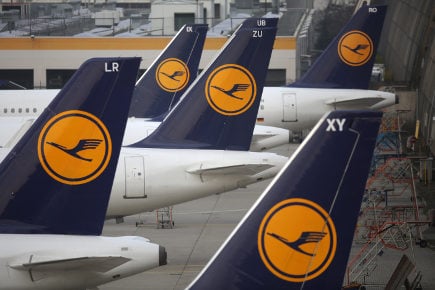 Affecting short- and medium-haul flights, the strike will last from 5 p.m. to 11 p.m., the pilots's union Cockpit announced on Thursday.

The timings were later amended to include cancellations of some flights from 1.30 p.m. as Lufthansa altered its logistical plans to resume normal traffic as quickly as possible after the strike is over.

Around 200 flights are expected to be cancelled overall, the airline announced, affecting 25,000 passengers.

Around ten flights to and from Hamburg and Frankfurt were also expected to fall through, reports said.

The airline called the strike an "incomprehensible and unreasonable demand," noting the effect on families returning from holidays and people returning home after a week at work.

The repeated industrial action stems from a long-standing dispute with airline management over the pensions of 5,400 pilots.

Lufthansa wants to raise the retirement age for its pilots from 59 to 65, while the union wants the company to keep paying transition money to those who retire before 65.

Last Friday, the travel plans of 15,000 passengers were disrupted during a six-hour strike at all airports used by Germanwings, Lufthansa's budget subsidiary.

A three-day strike over the pension issue in April also grounded 3,800 flights and affected 425,000 passengers.